Over 120.000 products ready for delivery. Fast shipping all over the world. 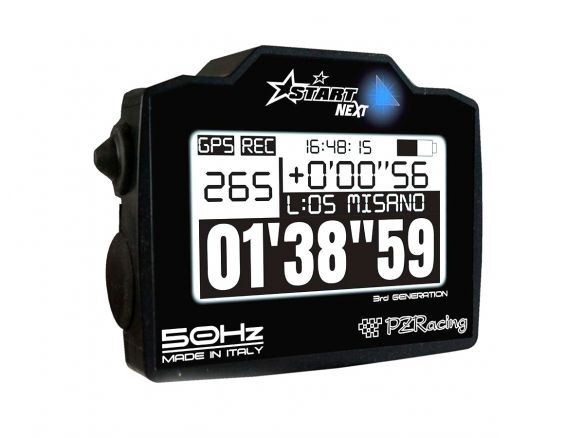 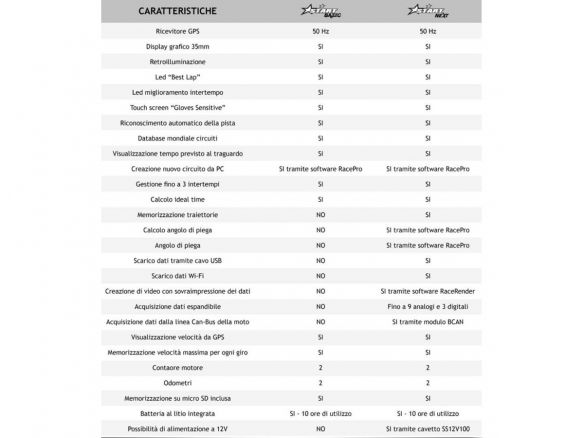 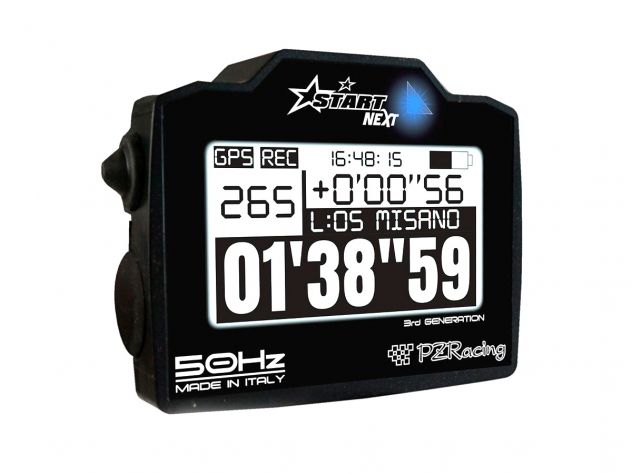 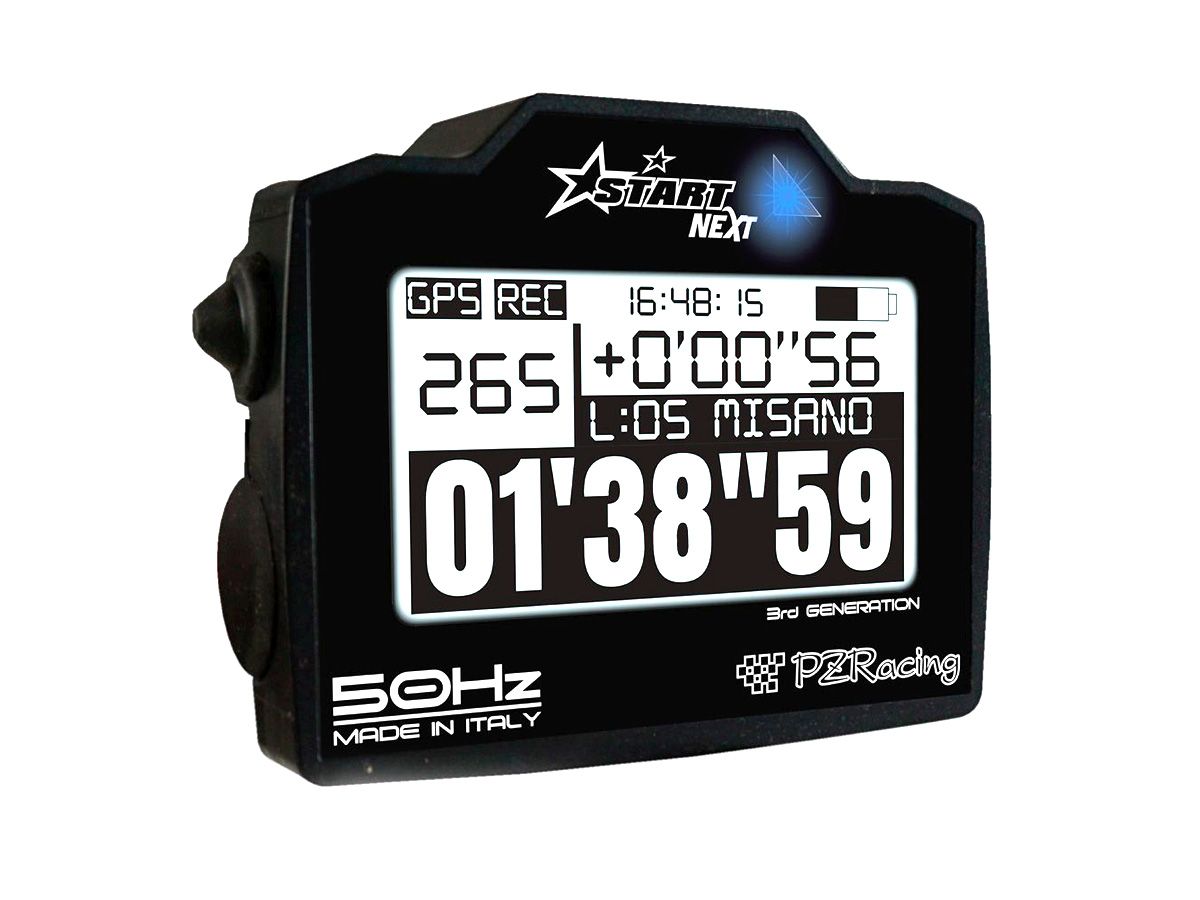 Start Basic and Start Next are the only chronometers in the world that use a GPS receiver with a 50Hz position sampling guaranteeing lap time accuracy to the hundredth of a second and accuracy in the display of GPS trajectories impossible to match with receivers currently in use. trade.

The new Starts use a touch screen display with “Gloves Sensitive” technology that allows the rider to use them perfectly even with gloves on, and the icon menu makes navigation easier and more intuitive.

Thanks to automatic detection and a worldwide database, the circuit will be automatically detected by the stopwatch without having to press any button.

Start Basic is the entry level version, without data acquisition; the lap times will be shown directly on the display and it will be possible to download them later on the PC.

Start Next stores the GPS trajectories, speed, direction, accelerations and lean angle thus allowing the rider to review himself and analyze performance on the PC.

- 50Hz GPS receiver: the only stopwatch in the world to use a revolutionary 50Hz GPS receiver, being able to detect the position from the satellite 50 times per second Start is able to calculate a lap time with unrivaled precision and to be able to memorize the position of your vehicle with almost absolute precision.

- Touch Screen: say goodbye to uncomfortable buttons to press, Start is equipped with a touch screen with "Gloves Sensitive" technology that allows it to be used even with gloves on. The touch screen makes using Start simple and intuitive thanks also to the icon menu.

- Three intermediates: in addition to memorizing the lap time, Start is able to display and memorize up to 3 intermediates.

- Inter-time improvement LED: thanks to the pre-set intermediates, a LED will warn you if you are improving your lap time, both at the intermediate and at the finish line.

- Ideal time: by setting the split times at the end of the session, the ideal achievable time calculated from the sum of the best split times will be shown.

- Predictive time: from the third lap of each session it will be possible to view the estimated time at the finish in two different modes.

- Lean angle: with Start Next, thanks to a specific algorithm, you can know the lean angle for each single bend in the circuit, all this without having to install any sensors or accessories on the bike.

- Data analysis software: RacePro is the brand new analysis software dedicated to Start Next; you will be able to professionally analyze the trajectories to improve your driving technique and through the analysis of the data obtained from the sensors you can increase the performance of the vehicle.

- RaceRender function: thanks to the RaceRender program it is possible to create videos with the superimposition of the data downloaded from your Start Next

- Management of up to 3 split times

- Display of the estimated time

- Internal triaxial accelerometer (Next version only)

- 5 display screens (Next version only)

- Memorization of values ​​per lap and absolute best

- Storage of trajectories (Next version only)

- Lean angle calculation via RacePro software (Next version only)

- 50Hz sampling of the connected channels (Next version only)

- Gear indicator (optional, Next version only)

- Workbench mode for static recording (Next version only)

- Automatic recognition of the circuit

- PC configuration of a new circuit

N.B. The published image is purely indicative to demonstrate the quality of the product

FOR MORE INFORMATION DO NOT HESITATE TO CONTACT US